I was sitting in the main office at Oskaloosa High School in early October, having flashbacks to my own high school days and waiting for an industrial technology 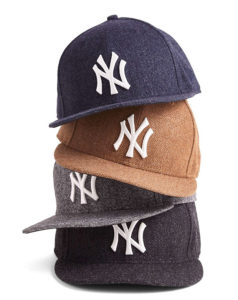 instructor to come meet me so I could explain to his students why the commercial construction industry was the right path for them. Sitting a few chairs away was a student, maybe 16 years old, wearing a Yankees ball cap.

I’m someone who loves to talk sports, especially baseball in early October, so I couldn’t help but ask, “You a Yankees fan?”

As a last ditch effort I threw a confused blank stare on my face, the kind that a cow gives a new gate, and straight up asked him, “Then why are you a Yankees fan?”

This isn’t the first time I’ve had a dialogue like this, and I bet you could pick out a good majority of the people around the country wearing Yankees ball caps…or Patriots jackets…or Lakers t-shirts (Kobe Bryant era), and have a similar conversation.

So this got me thinking, what is it about certain organizations that people are just attracted to? The only common denominators you will find are winning, a culture of excellence and pride in what they stand for. There is really no other way to explain why kids all over the country want their name to be associated with an institution they have no other connection with that is thousands of miles away.

As an industry that is trying to attract young people, there is a major lesson to be learned here:

PRIDE IN WHAT WE DO IS PARAMOUNT TO ATTRACTING WHO WE NEED.

You can love em or hate em, but the Yankees fan base will continue to grow because they have a culture of excellence, they have pride in their organization and they always expect to win. (Who else fires their manager after coming within one game of the World Series?)

When you find ways to create that culture in your company, the quantity and quality of people you attract will rise as well. As an industry, our attitude to the outside world needs to be inching ever closer to New England Patriots, and farther away from Cleveland Browns (sorry Brown’s fans).