In 2012, Master Builders of Iowa celebrated 100 years of striving to be the essential resource for improving member performance and promoting a business environment favorable to the construction industry.  (Maybe repeating the MBI Mission Statement has rubbed off on me as well.)  Not many things live to be 100 years old.  It takes a great deal of commitment, hard work and support to be around for a century.  And that is exactly what the Iowa construction industry has been giving to MBI decade after decade.  A century of individuals have put their company hats aside in order to guide MBI with a commitment to the industry and vision for the future.  MBI would not have celebrated 105 years on April 27th if it weren’t for a strong tradition of MBI members giving of themselves to contribute their time, talent and energy to pushing the association forward.  This tradition of dedicated leadership and time honored commitment to the industry is the type of support that will allow MBI to continue hitting milestones for decades to come.

As part of MBI’s 100th year celebration, a book was created to capture the many facts and accomplishments that occurred in the first 100 years.  The book was written in the form of 100 ‘Did You Know’ statements, beginning back in 1912.  If you look through the book at the history of MBI, the partnerships that have been formed with the help of our membership have been the driving force behind our long-term success.

Did you know that MBI led the formation and organization of the Rebuild Iowa Coalition in 1991, which eventually resulted in 23 organizations dedicated to the funding of Iowa’s Vertical Infrastructure at the state and local levels? (Did You Know #55)

Did you know that MBI contributed $135,000 in 1958 (translates to 1.2 million dollars in today’s economy) to spearhead the financing of the Construction Engineering Program at Iowa State University? (Did You Know #40)

MBI has always been at the forefront of public policy initiatives, advocating on behalf of the construction industry to support pro-business and pro-construction candidates.  MBI, with the help of our members, are committed to maintaining a constant presence on the hill. 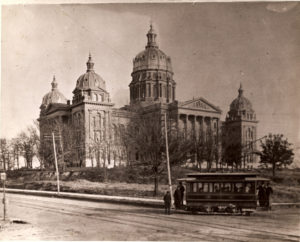 Did you know that MBI was the leading advocate for the creation of an Architectural Licensing Law for the State of Iowa in the 1920’s? (Did You Know #9)

Did you know that beginning in 1947, MBI retained lobbyists and attorneys and worked successfully to secure a Right to Work Law for the State of Iowa? (Did You Know #38)

And that in 1965, MBI lobbyists defeated an Iowa Federation of Labor effort to repeal Iowa’s Right to Work Law, where both houses of the Iowa Legislature were controlled by Democrats? (Did You Know #45)

As we celebrate our past, we look forward with excitement to the next century as the voice of Iowa’s construction industry.  Fast forward the story of MBI 45 years from now and I’m guessing that not much will have changed for the 150th celebration.  Of course we’ll probably have virtual architecture, automatic transportation and robots assisting us in our daily lives.  But as far as MBI goes, we’ll still be focused on the betterment of the construction industry (in whatever form it has evolved into) and adding entries to the history book as we go.

The past 105 years have seen the development of many programs and initiatives, all with the interest of Iowa contractors put first.  Today marks the start of a 16 week MBI history lesson on MBI’s Facebook and Twitter accounts.  If you are interested in learning more about the history of MBI programs and initiatives, be sure to follow MBI on Facebook and/or Twitter to check out the #StoryofMBI.  Think of it as MBI Summer School, but without the homework.  It will be a fun way to learn a little more about how everything started with a group of building contractors in 1912 and continues today. 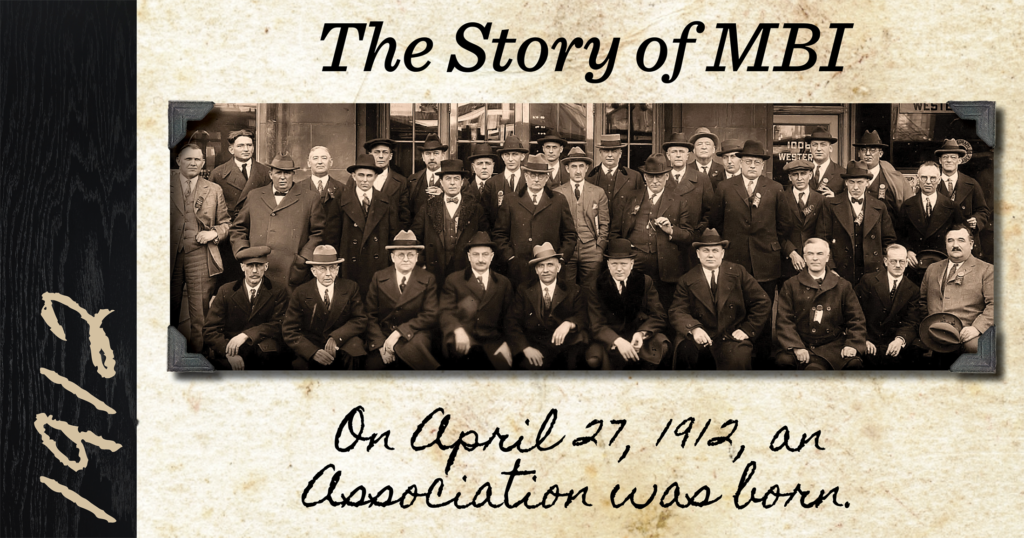